Rangers are Bugbears and/or Halflings

Here are two different Rangers for Old School D&D adjacent games [edit: three, there's two Bugbear Rangers]. They owe a debt to two posts, both from B/X Blackrazor. The first I've already linked to in my recent post on halflings. The second, I just read yesterday and it helped condense some Ranger-based thoughts brought on by finding out about the pioneer sergeant/assault pioneers (beards, axes, clearing the way ahead). 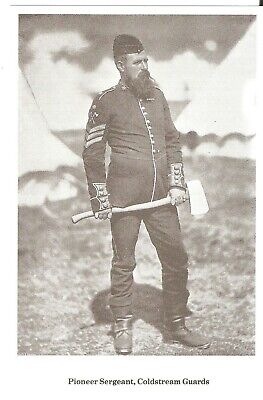 None of these gets any spell-casting ability; that's on you if that's what you need.

[edit: Sorry they're not actually Halflings or Bugbears, either; that's also on you if that's what you need]

Halflings are stealthy, swift and hardy, so are Rangers.

A bit more difficult, as there isn't a core class that can be directly reskinned.

The Ranger is one of my all-time favourite* D&D classes (more accurately 1e/2e AD&D), and one that was conspicuously missing from the archetypes presented to me in my earliest game materials (the version in MERP didn't inspire much, but that was for me a wider problem with the setting and system).

1e Ranger was interesting; 2e was more like how I thought a Ranger should/would be (dual-wielding seemed right, though I wasn't aware of the influence of Drizzt Do'Urden on this). The modified Ranger of 1e Lankhmar setting, attaching to Fafhrd and assorted berserkers, and lacking alignment constraints, was a stepping stone between the two.

My conception of the ranger was influenced more by reading the statblocks in White Dwarf, the brief description in What Is Dungeons & Dragons?, and hot-pants-and-face-like-a-crumpled-apple Aragorn of Ralph Bakshi's LOTR (first voice crush was likely John Hurt, though could just as easily be from Watership Down), than it was by what was intended in 1e AD&D.

This conception has been updated since I came off ttrpg hiatus.

* My favourite is multi-class Fighter/Druid.

Posted by shutteredroom at 11:49 AM