By convenient coincidence, the list of suggested treasures in 2nd edition AD&D HR3: Celts Campaign Sourcebook (Graeme Davis, 1992) is 36 items, so I've added some suggested values (in whatever currency  wealth units you're using) and put it into a d66 table.

I'm still undecided on a standard format for tables, but I don't need to look up how to convert them every time I do a new one. Turned out to be pointless because every table eventually ended up unreadable due to browser incompatibility or my limited ability.

Posted by shutteredroom at 6:30 PM No comments:

Prior Experience, Background, Current Sketch - whatever you prefer to call this kind of thing; same thing applies with rules and mechanics as with the last post - I've got faith in you.

When putting this together, I had a Hammer Horror period setting in mind - so pseudo-European, approximating the late 17th and early 18th Centuries; there are firearms, but there has not been (and will not be any time soon) a Magical Industrial Revolution and we are pre-Steampunk.

With that in mind, by Barbarian/Outlander I don't mean Conan or Slaine, but more like as a Cossack to an English dandy, a Samurai to a Parisian aesthete (come to think of it, why not a Parisian sans-culotte to that English dandy).

Posted by shutteredroom at 9:22 AM No comments: 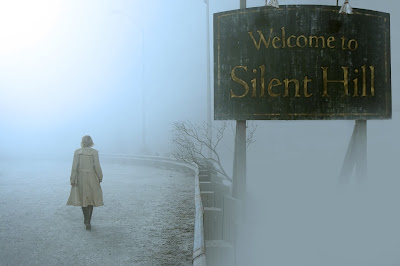 For horror/fantasy settings, 18 Dark Secrets as character background and possible adventure hooks; I'm sure you've got the know-how and imagination to make-up any rules and mechanics you may need.

Black Ichor as at https://dysonlogos.blog/2018/08/06/further-delves-for-the-black-ichor/ or whatever suits you.

Posted by shutteredroom at 5:12 PM 5 comments:

Learning how to put a reasonable looking table into Blogger (from original Google Docs, thence to Excel, thence to Notepad, and via various obstacles) gets you this (best view not in IE or MS Edge):

By Wisdom save, I mean whatever the equivalent is in your game; by Black Ichor, I mean something along the lines of this: https://dysonlogos.blog/2018/08/06/further-delves-for-the-black-ichor/

Posted by shutteredroom at 9:04 AM No comments:

For the first post, how about a basic Shoggoth character class for D & D-style games?

What you don't like or think doesn't make sense, you should change.

Description: You are more like the Shoggoths in Michael Shea's Fat Face than the ones in HPL's At the Mountains of Madness; your form and mass are not fixed, though you have spent a long time pretending to be some kind of humanoid.

Minimum Scores: No minimum as such, but you must reduce your other Ability Scores (1 for 1) to bring both Strength and Constitution to 18 (or as near as possible if you rolled low across the board). Reduced Ability Scores can only be taken down to 3, no lower.

Hit Dice: Either the highest Hit Dice used in your game (usually Fighter HD), or the next one up (so that the Shoggoth has the highest HD in your game), or d20 (because you think this Shoggoth isn't tough enough).

Armour: Shoggoths have natural armour equal to leather; their AC does not benefit or suffer from high or low Dexterity; they can wear any armour they want, but only benefit from a magic bonus or special properties; if a Shoggoth has a Dexterity of 9 or more, a shield can be used.

Weapons: Shoggoths can use any weapon, or use their natural attacks (which use a damage die the same as their HD).

Special Abilities:
Posted by shutteredroom at 12:53 PM No comments: